The Morality of Characters and Plots 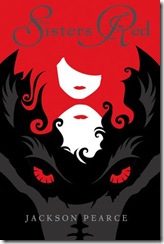 A couple of days ago I read The Booksmugglers’ review for Jackson Pearce’s Sisters Red, and it got me thinking about character behaviours, their motivations, flaws and likeable quotient; book plots, their implications – whether subtle or palpable; and the role authors play in the lives of their readers.

The Booksmugglers’ denouncement of Sisters Red and their subsequent refusal to score it stems from the impression (theirs) that Sisters Red (a) belittles beautiful, self-confident girls who love looking pretty and love wearing revealing clothes, and (b) promotes the popular (and misguided) message: blame the rape victim, not the rapist.

Scarlett, a main character in the book, and the review’s major culprit, is scarred, bitter and an unrelenting werewolf hunter. She’s not particularly appreciative of her life as a hunter, but she reckons someone has to do the messy deed of ridding the world of the Fenris (Old Norse word for werewolf). She also resents beautiful girls who wear skimpy clothes at night because she believes they make themselves easy prey for the Fenris. Her resentment borders on jealousy though; she’s not as beautiful as these girls, she doesn’t have the luxury of “enjoying” herself like these girls, and she doesn’t get a gold medal or a presidential award for saving these girls from the big bad wolves.

These quotes are from Scarlett’s POV, and they’re the ones the Booksmugglers take offence to:

[1] They’re adorned in glittery green rhinestones, shimmery turquoise and aquamarine powders streaked across their eyelids. Dragonfly girls. Their hair is all the same, long and streaked, spiralling down their backs to where the tiny strings holding their tops on are knotted tightly. Their skin glows under the neon lights – amber, ebony, cream – like shined metal, flawless and smooth. I press harder against the crumbly brick wall behind me, tugging my crimson cloak closer to my body. The scars on my shoulders show through fabric when I pull the cloak tight. Bumpy red hills in perfectly spaced lines.

The Dragonflies laugh, sweet, and bubbly, and I groan in exasperation. They toss their hair, stretch their legs, sway their hips, bat their eyes at the club’s bouncer, everything about them luring the Fenris. Inviting danger like some baby animal bleating its fool head off. Look at me, see how I dance, did you notice my hair, look again, desire me, I am perfect. Stupid, stupid Dragonflies. Here I am, saving your lives, bitten and scarred and wounded for you, and you don’t even know it. I should let the Fenris have one of you.

No, I didn’t mean that. I sigh and walk to the other side of the brick wall, letting my fingers tangle in the thick ivy. It’s dark on this side, shadowed from the neon lights of the street. I breathe slowly, watching the tree limbs sway, backlit by the lights of skyscrapers. Of course I didn’t mean it. Ignorance is no reason to die. They can’t help what they are, still happily unaware inside a cave of fake shadows. They exist in a world that’s beautiful normal, where people have jobs and dreams that don’t involve a hatcher. My world is parallel universe to their – the same sights, same people, same city, yet the Fenris lurk, the evil creeps, the knowledge undeniably exists. If I hadn’t been thrown into this world, I could just as easily have been a Dragonfly.

[2] His eyes narrow in something between disgust and intrigue, as though he’s not certain if he likes looking at them or not. I want to comment, but I stay quiet. Somehow it feels important to wait for his reaction. Silas finally turns to look at me in the shadows.

“It’s like they’re trying to be eaten, isn’t it?” he asks pointedly.

“Can I tell you how glad I am that and Rosie aren’t like them?”

“No kidding.” I grin, relieved. “Rosie could be if she wanted, though. She’s beautiful like they are.”

“Beauty has nothing to do with it. Rosie could never be one of them. Do you really think they’d dress and act like that if they knew it was drawing wolves toward them?”

Had a character come up to Scarlett and said, “Hey, you shouldn’t be pissed off at beautiful girls just cos they’re beautiful and like looking hot,” or something of that sort, the review might have sung a different tune.

The status quo in commercial literature today is characters that think or do bad things must get their comeuppance: death, or a terrible event, which eventually transforms them into better, likeable people. A racist main character cannot remain a racist at the end of a book. He has to go through some eye-opening journey and change, or suffer and die. A sexist main character has to learn to appreciate women at some point before a book’s conclusion.

Scarlett doesn’t alter her attitude. She saves the world, but she still retains her “unpopular” belief.

Books are open to all kinds of interpretations and opinions. When I read the Sisters Red quotes I didn’t see any allegories of blaming rape victims or demeaning beautiful girls. Maybe it’s because I’m a guy and I “don’t get it”. (But then again the author is a woman. Perhaps we both don’t get it.)

I just saw a pissed off heroine, that’s all.

Does Scarlett have a right to be pissed off? That’s debateable.

Is she right in judging prettier girls the way she did? Probably not.

Is this her major character flaw? Yes.

Does this flaw make her less likeable as a character? Depends on you as a reader.

Does her attitude make Sisters Red a bad book? No. Not in my opinion.

This whole kerfuffle has got me wondering, do characters have to be likeable for a book to be good? What does likeable even mean: less irritating, more forgiving, eager to save the world?

Do authors have a responsibility as morale beacons to their readers? Must they portray their characters as examples of what happens if you make good and bad choices? Must they write plots that ultimately send messages like: stealing is bad; killing is bad; sexism is bad; racism is bad; having sex before marriage is not bad but you can catch nasty diseases ... or, you know what, maybe it’s bad; everyone should love gay people; etc.

What do you think?

Maybe some authors should. I would hate to read a children’s book to my five-year-old daughter (if I had one) about a girl who kills, steals and gets away with it. But as for the YA and Adult genres, I’m not so sure, but that’s just me.

During the early stages of the Iraqi war, a British man travelled to Iraq, despite government warnings, for humanitarian reasons and also to protest the war. He was captured by insurgents and used as a negotiating tool. The insurgents threatened to kill him unless Britain withdrew its troops from Iraq. The British government does not negotiate with terrorists. They declined.

The man was beheaded.

A friend of mine who was in the Territorial Army at the time said that he hated people like the man, and thought that humanitarians enjoy overdoing things, and they should just shut up and stay at home and not involve themselves in situations they don’t understand.

If he was the main character of a book and the thing with the British man happened and MC said those things and in the end he doesn’t change his mind about humanitarians or apologise for maligning them, but saves the world from the big bad evil, would that book automatically qualify as a bad book, to you?

It’s my belief that characters are to some extent representations of real life people. That’s what authors strive for when they write: to create characters who breathe as if they were standing right next to you.

If that’s the case, shouldn’t characters, like people, possess certain flaws that remain unchanged even after a book’s end?

Must a main character be absolutely moral or ethical before a book is considered a good book?

A book’s hero saves the world from the apocalypse, but while he’s tolerant of gay people, he’s not open to the idea of ever being gay. In fact, the thought of it – grabbing another guy’s ass, French-kissing him, going under the sheets – almost makes his skin crawl. Does that book become a bad book?

What do you think?

Keep it clean and constructive. Thanks.

Glen Akin
Birmingham, West Midlands, United Kingdom
Dude. I was born on the moon. My parents sent me to earth to see how things work. Hi Mum! Hi Dad! Anyway, turns out this place is totally cool. And I love writing, which is helpful for documenting stuff I'll take back with me to my parents; that way they have enough info to attack earth and take over. If you ever feel the need to ask me about moon people and moon culture, you can contact me at: akinwaleagbaje[at]yahoo.com

Search "Say It isn't So"

I Am Number Four